A beginner’s guide to the foggy wilderness of ambient music

I consider Lawrence English (composer, artist and operator of the Room 40 label) to be a major authority on music and art. I highly recommend checking out what he does - and he does a lot… Here are his websites:

This article below was originally published in March 2018 on The Conversation by English. It’s a concise auditory trip through recordings of ambient music since the release of Brian Eno’s Music for Airports. 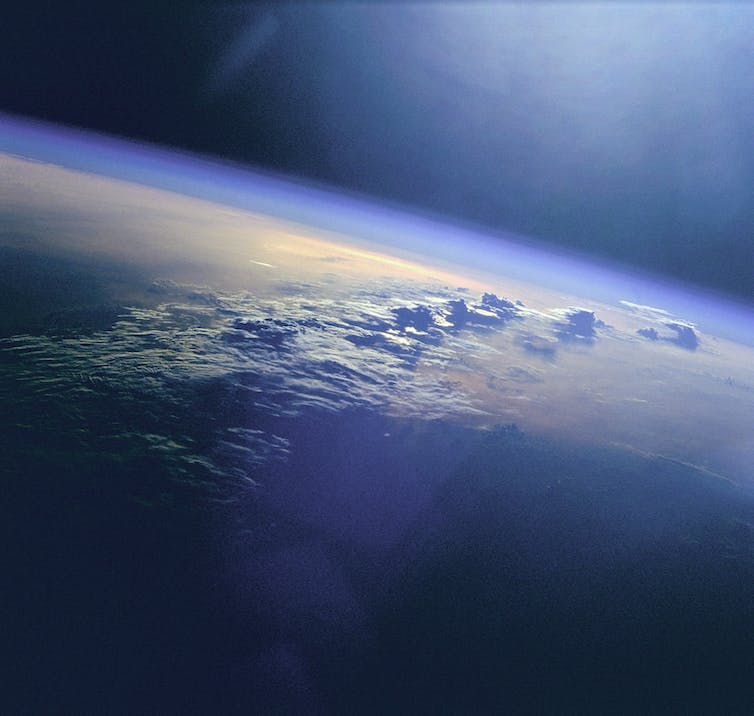 Clouds and sun glint over the Indian Ocean

Clouds and sun glint over the Indian Ocean Source: NASA on The Commons/Flikr

Lawrence English, The University of Queensland

Brian Eno’s Music For Airports celebrates its 40th anniversary this month. This record is widely regarded as formalising ambient music as we know it today.

To those of us used to the repetitious rhythms and hooks of pop music, ambient music may sound a little sparse. Often devoid of lyrics, a hummable melody and pop song structures, it is about the creation of an environment around the listener. Ambient music floats in the air like a fog, creating a kind of acoustic tint that can be truly affective.

Music For Airports proposed a new way of approaching music, not as something to whistle or sing along to, but to be gently consumed by. Attached to the record was a short essay by Eno that laid out the groundwork for this approach:

Ambient music must be able to accommodate many levels of listening attention without enforcing one in particular; it must be as ignorable as it is interesting.

While ignorable music might seem a touch redundant in the age of effortless distraction, Eno’s initial notes on ambient music still hold weight. Specifically, his ideas on accommodating the varied listening states we each bring to our musical encounters have flourished and allowed ambient to become a music of lived moments.

Each time you encounter a piece of ambient music, it shifts and alters ever so subtly as the sounds around you merge with it. Similarly, our capacities to listen and focus (or not focus) greatly affect our encounters with it.

To mark this anniversary, here’s a chronological selection of ambient recordings that have helped map out its sonic geography. It is by no means exhaustive: plenty of other records have been equally influential, genre-expanding and commercially successful. Consider this a way to wade into the foggy wilderness that is ambient music.

Listen to the rest of Laurence’s selected ambient recordings via the original article here on The Conversation: https://theconversation.com/a-beginners-guide-to-the-foggy-wilderness-of-ambient-music-91742